Are you stressed out by the General Election? My tips on surviving on the 12th December.

It’s felt like it’s been a long time coming due to all of the ‘drama’ on social media. But tomorrow, we will be heading out to the polling stations in the U.K, to vote in the general election. 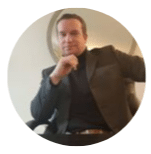 Over the course of the last few days in particular, I have seen friends having horrendous arguments with eachother, and I have watched the country become divided. This is not a typical election, it is of course revolving around BREXIT.

But love it, or hate it, the fact of the matter, is that this election has almost divided us, and stress and anxiety are prevelant. Everywhere I turn, I see someone who is getting wound up about it – and there are some of us who won’t sleep tonight! So, what can you do about it?

Here are my top tips on staying calm during the general election.

1. Take a social media break for the next 2 days.

If seeing people sharing their preferences makes your blood boil, then take a social media break throughout the election. This will make a MASSIVE DIFFERENCE to your stress and anxiety levels. I know, I know, we all find it easier said than done don’t we to take a break from social media but trust me, it’ll be worth it.

2. Send an email to friends and family and tell them that you don’t wish to discuss politics.

Let them know how you feel – and tell them that you will be taking a step back during all of this. People can then know not to bring the election up when you are out for drinks, or over dinner…

3. Be selective about what you watch on the telly.

You get to choose what you watch on the telly. If election ‘stuff’ is making you miserable, change the channel. It really is that simple. Why not grab some popcorn, and some beer, and a few of your favourite DVD’s and make the next 48 hours a film fest? Still feeling down now? 🙂

4. Understand that this is temporary and you really cannot control things.

Accepting that this moment will pass, and all you can do is get out there and put your vote in, is something that would help all of us. Let’s call a spade a spade here, whoever gets in, and whatever happens, we are never happy with the outcome.. not really. They are all made up of false promises. So we need to reunite as a nation and refuse to allow it to divide us.

I heard a great saying once, that went along the lines of ‘holding onto anger is the same as drinking poison’ – the only person you are hurting is yourself…

Let it go where possible and then come back out of your emotional hiding when things have calmed down.

IF THE ELECTION IS REALLY GETTING TO YOU, AND YOU HAVE FOUND THAT YOU HAVE EVEN FALLEN OUT WITH SOME FRIENDS, AND MAYBE EVEN YOUR FAMILY, THINK ABOUT WHAT THIS MEANS LONG TERM FOR YOU. IS THE GOVERNMENT REALLY WORTH IT?

And I urge you to go out there and vote.. for somebody.. use your right to vote… but if you do vote, keep it private. And may the best party win!

Speak to you once it has all blown over,

This site uses Akismet to reduce spam. Learn how your comment data is processed.

We use cookies to ensure that we give you the best experience on our website. If you continue to use this site we will assume that you are happy with it.Ok